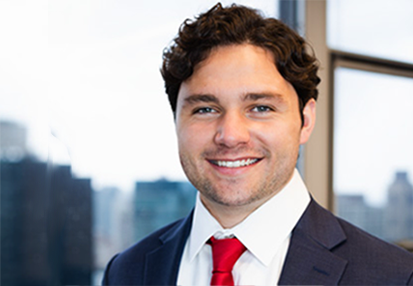 Dylan is an Analyst of TM Capital Corp. who joined the firm after completing an internship at TM Capital’s New York office during the summer of 2019. Prior to his internship with TM Capital, Dylan interned at Midland Securities for a summer where he analyzed market trends and built a trading algorithm.

Dylan graduated from Amherst College with a Bachelor of Arts degree in Economics and Computer Science. He was a member of the men’s lacrosse team, was awarded team MVP twice, and served as a captain his senior year.

Dylan is from Long Island, New York. Outside of work he enjoys fishing, traveling, snowboarding, and rooting for the New York Jets.