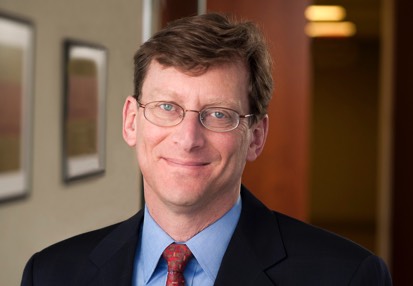 Michael is a founding partner of TM Capital who joined with his colleagues to establish the firm in 1989.  He has been responsible for some of TM Capital’s most complex merger, acquisition, financing and restructuring transactions for publicly traded and privately held client companies.  Michael has developed specialized industry expertise by assisting clients across key industry sectors including healthcare, industrial products, business services, consumer products and retailing.

He is a member of the board of directors of Keystone Screw Corp., and previously served as a member of the boards of directors of Lazer Inc. and Immucor, Inc. (NASDAQ).  As a board member and as an advisor to Immucor for over a decade, Michael was responsible for myriad transactions executed by TM Capital that helped build Immucor’s market value from under $100 million to over $2 billion.  He began his career at Thomson McKinnon Securities Inc., where he worked in the mergers & acquisitions department from 1983 to 1989.

Michael received a Bachelor of Science degree in Economics with a concentration in Finance from the Wharton School of the University of Pennsylvania.

The experience of founding and serving as an owner of TM Capital since its inception has been central to Michael’s development as an investment banker, enabling him to consider not only the financial aspects, but also the personal, social and strategic issues that drive transactions.  After over 25 years of advising clients and executing assignments, these unique aspects of each situation continue to keep advisory work a fascinating challenge for him.

Michael’s enjoyment of the competitive aspects of business carries over into his personal life, where he enjoys tennis, platform tennis, biking and skiing.  Most of all, he appreciates time spent with his wife, who is the archivist for The Jim Henson Company, and their two daughters at home in Bronxville, NY.