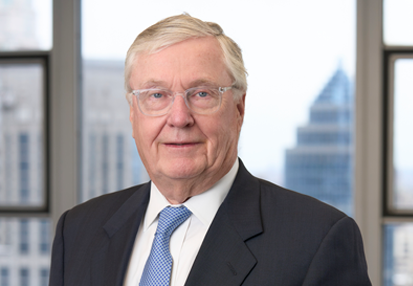 Denis Kelly is a Senior Advisor of TM Capital Corp. who has over four decades of experience in multiple industries executing primarily M&A transactions.

Mr. Kelly began his career at Lehman Brothers in the 1970’s, moved to Merrill for the 1980’s and was recruited to Prudential Securities for the 1990’s where he was the head of the M&A department. He left Prudential and with Paul Scura, formed a boutique investment bank located in NYC.

In additional to Mr. Kelly’s investment banking experience, he has served on a number of NYSE boards of directors including Weight Watchers International, Inc. (current), and MSC Industrial Direct, Inc. and Kenneth Cole Productions. Through these board experiences, Mr. Kelly has valuable experience in corporate governance, compensation and audit matters. Mr. Kelly is also an arbitrator with National Association & Mediation focusing on securities disputes.

Mr. Kelly is a graduate of Amherst College, where he majored in Cultural Anthropology, and he received an MBA from the Wharton School of the University of Pennsylvania.  He resides in Brooklyn, NY and South Kent, CT with his wife Melinda. Mr. Kelly has three grown children and six grandchildren.