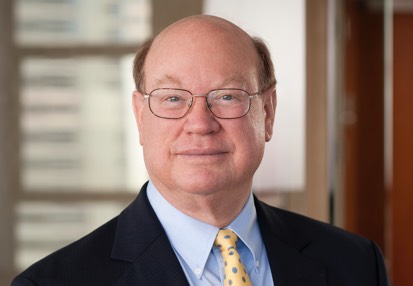 Greg Robertson is a Senior Advisor of TM Capital Corp. Greg led the formation of TM Capital Corp. in 1989 and served as the firm’s President from 1989 to 2008, and Chairman from 2008 to 2021. Prior to founding TM Capital, he was an Executive Vice President and Director of Thomson McKinnon Securities Inc., where he headed the firm’s investment banking and public finance activities. Previously, Greg served as a Vice President in the investment banking division of Goldman, Sachs & Co.

Greg received a BS in Chemistry from the Virginia Military Institute and earned an MBA from the Darden Graduate Business School at the University of Virginia. Prior to returning to graduate school, Greg served as an officer in the Air Defense Artillery branch of the U.S. Army and worked as a research chemist for E.I. du Pont de Nemours and Company.
Greg serves as a Trustee of the VMI Foundation, and is a past President of Oaklins International Inc. (FKA M&A International, Inc).

Originally from Virginia, as evident by his accent, Greg now resides in Vero Beach, Florida.