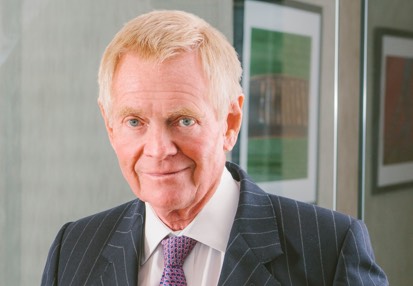 James McLaren is a Managing Director of TM Capital Corp. and brings his extensive background in the healthcare industry to the firm’s healthcare team.  James joined TM Capital in 2014 from Asante Partners, which he founded more than fifteen years ago to provide quality strategic advice to middle-market healthcare companies.  Previously, James had a twenty-year career advising corporate clients at Goldman Sachs, where he served as head of European Corporate Finance in London and of International Corporate Finance in New York, leading teams that executed significant global transactions.

James is a non-executive director of Analytics4Life, headquartered in Toronto, and ABK Biomedical in Halifax, Nova Scotia, as well as an advisory board member of Radius Ventures, a New York-based firm focused on the healthcare industry.

James earned a BA with Honors in Economics from Oxford University.

James and his wife are active patrons of the arts, supporting emerging artists, theater and dance productions in New York and London.  He serves as a Trustee and Chairman of the Finance Committee of the Brooklyn Academy of Music, the leading venue in New York City for contemporary performing arts.  James also serves as President of the American Friends of Eton College.  He is known for his diverse interests and eclectic tastes, ranging from racquet sports to contemporary art to growing tomatoes, and particularly enjoys the company of his wife, three daughters, five granddaughters and one grandson – at last a boy!