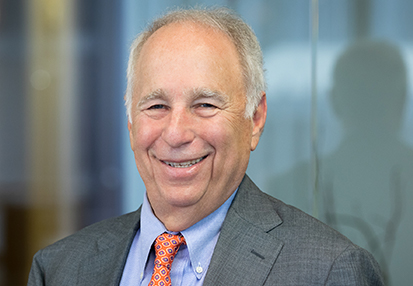 Charles Lipman is a Senior Advisor for TM Capital Corp. and assists the firm’s efforts in the Industrials and Global sectors.  Charles was CEO and Chairman of the Board of DiversiTech Corporation, a leading manufacturer and distributor of HVACR equipment pads, and a proprietary portfolio of condensate management equipment, HVACR maintenance chemicals and electrical accessories for 32 years.  DiversiTech was acquired in 2015 by The Jordan Company, and then sold to Permira in 2017.  A stockholder since DiversiTech was founded in 1971, Charles joined as President in 1983 and later acquired a controlling interest in the Company.

According to the Atlanta Business Chronicle, Charles is behind the model that is enabling entrepreneurs to efficiently move products overseas.  He expanded business domestically through the growth of product lines, automation of factories in Georgia and Texas and acquisition.  When production costs increased, Charles found it was less expensive to produce materials in Asia.  In 2001, Charles co-founded East West Manufacturing after already having formed networks in both Europe and the Middle East.

Previously, Charles had a successful career as a self-employed attorney and real estate investor.  He received a Bachelor of Science in Business Administration and a Juris Doctor degree from the University of South Carolina.

Charles resides in Dunwoody. Charles has two adult children, Andy and Emily, as well as two grandchildren. Charles is passionate about the Wish for Wendy Foundation, a non-profit organization founded by his son in 2006 to increase awareness about living with cystic fibrosis and support efforts to find a cure for CF.